RssInstagramTumblrPinterestYouTubeGoogle+TwitterFacebook
Your future mind will be digitized, simulated, and miniaturized.  We are heading toward a future where our minds will be virtual, simulated and crunched. I call it the Simulated Reality Singularity (TSRS). Our future reality will be written and stored in the sequences of nucleotides (A, C, T, and G), the language of DNA. We will be made immortal and really, really small.

Futurist John M. Smart has a hypothesis called THE TRANSCENSION HYPOTHESIS that is relevant to this idea. –  The Transcension Hypothesis proposes that a universal process of evolutionary development guides all sufficiently advanced civilizations into what may be called “inner space,” a computationally optimal domain of increasingly dense, productive, miniaturized, and efficient scales of space, time, energy, and matter, and eventually to a black-hole-like destination.

According to New Scientist  “Just 1 gram of DNA is theoretically capable of holding 455 exabytes – enough for all the data held by Google, Facebook and every other major tech company, with room to spare.” 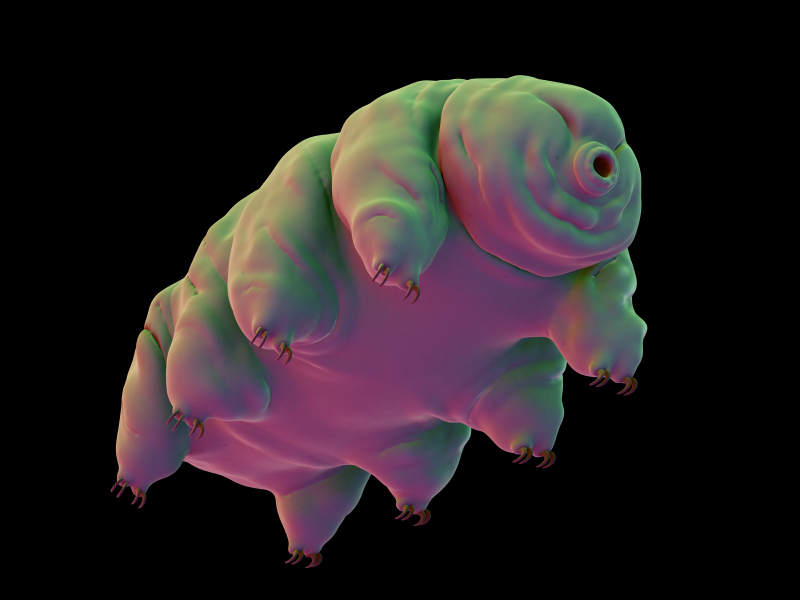 “Ultimately, we may be destined to become miniaturized simulated digitized immortal minds floating around space inside the body of an indestructible Tardigrade (aka Water Bear). This may be our ultimate post-singularity future.”