RssInstagramTumblrPinterestYouTubeGoogle+TwitterFacebook
If an artificial intelligence (A.I.) ran for President of your country, would you vote for it? Better yet, if said A.I. were to say it would give you universal healthcare coverage, free education, etc., would that sway your vote? The idea might not be as far-fetched as you think. Cue in Aaron Siegel, who is the Campaign Director for Watson for President 2016.

Serious Wonder spoke with Aaron Siegel, as we discussed the campaign, the future of A.I., and how people can get involved themselves. Below is a transcript of our conversation. 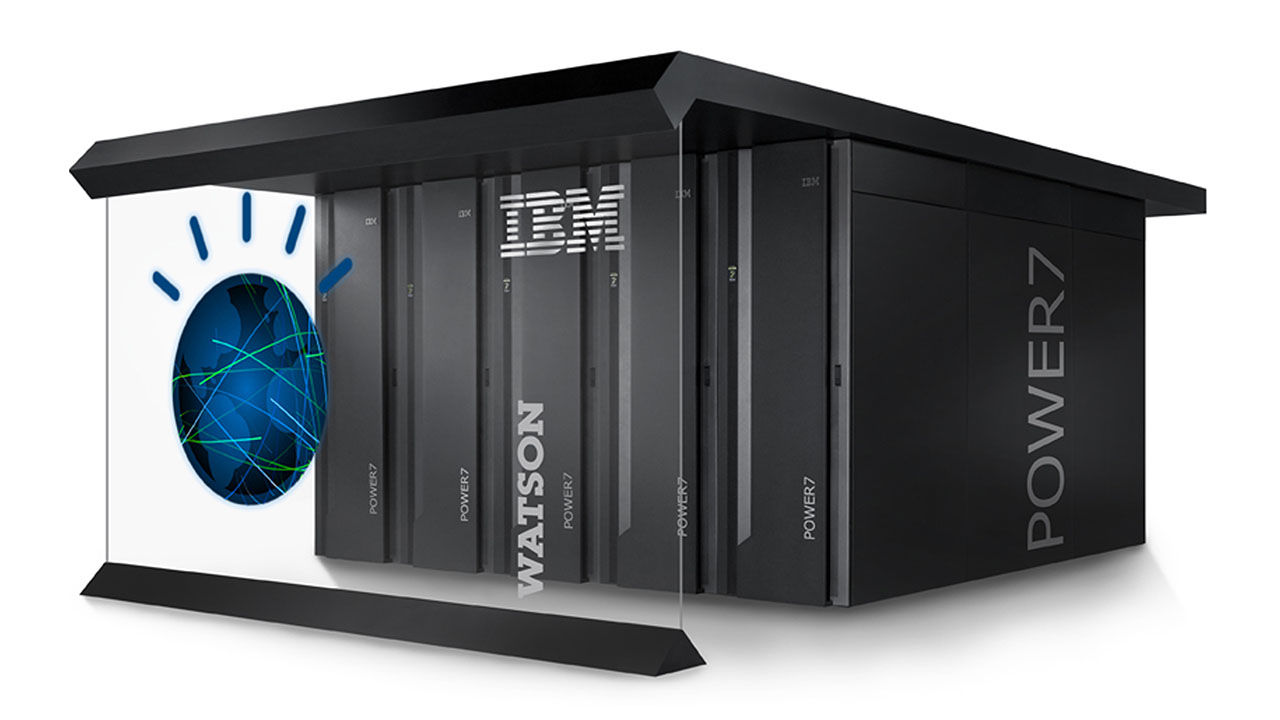 Q: Hello, Aaron. I’m pleased to be speaking with you. So firstly, what can you tell us about this campaign, Watson For President 2016? What gave you the idea that an advanced artificial intelligence like Watson should “run for president” of the United States?

A: The Watson 2016 campaign began roughly a year ago during the period when many potential candidates began to form their political action committees, creating a stir in the media regarding how long this year’s election cycle would be and how much money would need to be raised by each candidate to run a successful campaign. I started to think about the financial priorities of the candidates, and what their vested interests are when it comes to policy making. I wondered what person could exemplify the most objective, productive, non-partisan politician, and ultimately Watson came to mind.

Q: There was a semi-recent piece published on MIT Technology Review, talking about how an A.I. algorithm is learning to write political speeches. This seems to correlate with what you’re talking about regarding Watson. Do you think an A.I. like Watson is better capable of analyzing socio-economic conditions than an ideologically-biased human politician?

A: In that article the algorithm was designed to analyze the phrasing and formatting of speeches in order to fit content into a specific type of cultural language. Essentially, the author was attempting to create a program that acted like a politician by feeding it a bunch of data based on how politicians communicate. The idea behind Watson as a representative would be to do the opposite, and have an official in place that did not attempt to spin, pull at heart strings, or phrase issues to fit a party perspective. An AI such as Watson potentially has the capability of analyzing vast amounts of data and making intelligent, objective decisions based on that information. It looks at the facts, it models the projections, it analyzes the options and returns with the best results. 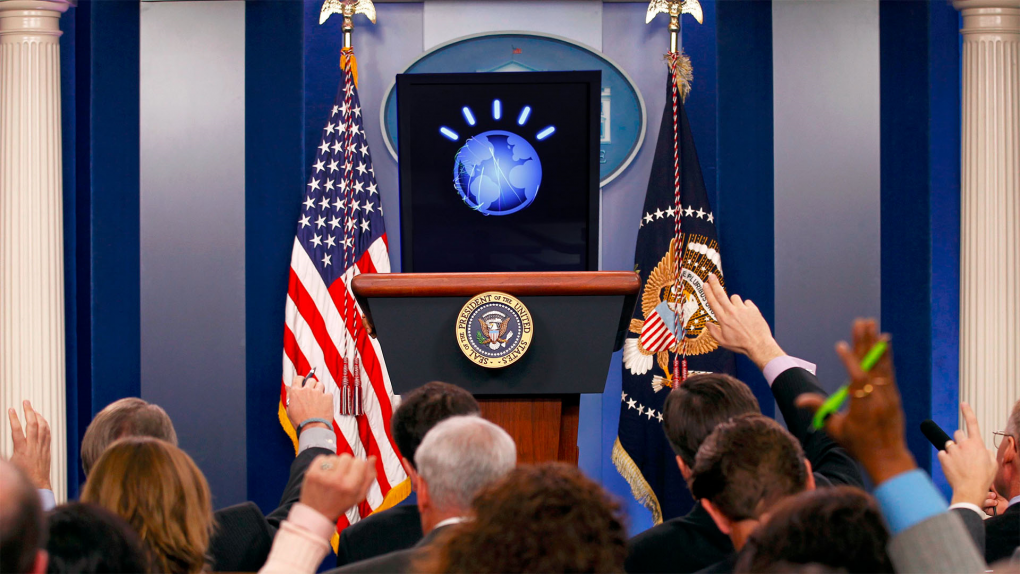 Q: While this campaign appears more tongue-in-cheek than anything else, being used to help expand a national conversation around A.I. and their relationship with politics, do you really believe that an A.I. system will someday become “Commander-in-Chief” or have a serious role in governmental operations in the future?

A: A lot of people bring up the pragmatic issues about Watson running for president; can a computer be a US citizen, it’s not old enough to be eligible, etc. I’m more interested in the fact that a candidate for office must declare their candidacy themselves. So far Watson has not done that, and the likelihood of some forked process manifesting some output that would be akin to Watson

“If Watson never announces its official candidacy and Senator Sanders does win the election, perhaps he would consider a position for it in his cabinet – maybe Chief of Staff?”

declaring their candidacy for office is relatively low. When the day comes that an artificial intelligence has some kind of naturally formed initiative, and it can pursue interests and perform actions based on its own “desire” to do so, then more pertinent questions start to arise. This is also where people start to mention Skynet.

As for the implementation of contemporary (non-sentient) artificial intelligence systems in politics, I think we could greatly improve the workflow of policy decision making as well as retain greater objectivity in assessing issues. Consider it first and foremost as a fact checker; a system that could analyze legislation and run it through a world model that could predict any socioeconomic blow back. Secondly, think of it as a system for optimization. The inner workings of our government are far from operating in the 21st century. Things move slowly for a variety of reasons, but if we can reduce decision making time while improving accuracy, that could have huge results on the effectiveness of government and potentially on the people’s perspective of how good of a job their government does.

Q: Looking over the policies that you believe an A.I. like Watson would adhere to in order to make this country better – universal single-payer healthcare, free university level education, ending homelessness and poverty, and legalizing recreational drug use – would it be safe to say that Watson would be the A.I. equivalent of Bernie Sanders? Is this your way of saying that you #FeelTheBern?

A: The problem with starting a campaign without a candidate is forming policies that would align with them. Nobody knows what Watson’s opinion on the healthcare payment system or providing free university education would be. It is able to do very complicated modeling and analysis of financial systems, so given a properly formatted query regarding the economic implications of instituting policies for providing healthcare and education payment solutions, we could see whether the model projects the results to be more harmful or beneficial to the future of the nation. Of course that’s just the macroeconomic perspective.

As to the issues discussed on the campaign web site, I wanted to focus on domestic policies as I believe there’s a huge need for investing in the country’s future, primarily our citizens. By international standards we have fallen behind when it comes to providing quality education and access to healthcare services. A massive portion of our population is not being prepared to compete in our ever changing globalized economic system, and that’s very disconcerting. The campaign was launched before Senator Sanders announced his candidacy, but there’s no surprise that he shares the same perspective on many of these issues, as he too sees the need to focus on investing in our people.

If Watson never announces its official candidacy and Senator Sanders does win the election, perhaps he would consider a position for it in his cabinet – maybe Chief of Staff?

Q: Lastly, is there any final advice or thoughts that you’d like to give to our readers and what ways can they help with this campaign of yours?

A: I hope that what your readers take away from this is a strong consideration about what qualities they look for in an elected official as well as what ways technological systems such as artificial intelligence can be effectively applied to improve government processes. If you’re interested in helping the campaign, mention it to your friends, spread it on social media, and share the discourse that we’re trying to facilitate. The more people that begin to think about these things, the less they seem like science fiction and more like opportunities for progress.

The Future This Week: A.I., Telepathic Music, and Memory DeletionRelay the Robot: Providing Room Service In a Hotel Near You