Soylent: The Future of Food (Part 1)

[easyazon-image align=”left” asin=”0765318857″ locale=”us” height=”160″ src=”http://ecx.images-amazon.com/images/I/61oLAUV4SyL._SL160_.jpg” width=”107″]Through the Internet grapevine, I learned about a lovely man named Rob Rhinehart. He had created a genius food substitute invention called ‘Soylent’, inspired by the soya-lentil hybrid in the book Make Room! Make Room! by Harry Harrison. Being an intrepid adventurer in the realm of unusual foods, I immediately wanted to try it, and began to research anything and everything about the strange little drink. I soon discovered a recipe called ‘The Beginners DIY Soylent’, which was an independent version of Rhinehart’s formula. After cross referencing the ingredients and amounts, and tweaking them according to my needs (age, gender, dietary requirements, ect.) I felt I was ready.

As Rhinehart firmly advises, and I also agree, anyone who wants to partake of this concoction should get blood testing every week that they consume it. In my case, I ended up extending my experience for a month, and chose to forgo blood testing for reasons that I reveal in the daily account that I kept. However, again, I do not recommend this as everyone’s body is different and you could easily overdose on something.

As my accounts of Soylent came to be quite a bit more extended than I had earlier anticipated, I have cut it them up into four sections, and will be releasing them over the next few days. If you have any interest in learning more about Soylent, I recommend you check out the team’s fundraising page.

[easyazon-image align=”left” asin=”B00DGDGLMY” locale=”us” height=”160″ src=”http://ecx.images-amazon.com/images/I/31F2uo1xseL._SL160_.jpg” width=”160″]Day 1: So there I was, standing at the kitchen counter with a myriad of supplement bottles and jars and an ingredients list that I had researched longer and more thoroughly than the recesses of my own mind. My end goal: Soylent – a brilliant innovation brought to the world by Rob Rhineheart, an articulate young man from San Francisco who is impartial to mastication. I was very precise as I began mixing and blending the drink, double and triple checking my sources, even though I was positive that my list was correct.

I had been suffering from a migraine for several days previously, and as I measured the ingredients out on the little food scale, my stomach was thrashing with nausea as if I had swallowed the old man, the sea, and any other toxic sludge that happened to be polluting the ocean floor. Even still, headaches were a petty annoyance I had dealt with for years, and I certainly wasn’t going to let one prevent me from the commencement of Soylent consumption on my predetermined date.

I put my last scoop of white, nutrient laden substance into the blender, popped on the lid and turned it on. The color was a rich, warm yellow tone, and I immediately began to associate it with pleasant and non-nauseating things, like daffodils and lemon bars. As I poured a serving, however, it did not smell like any of those things – instead, an extremely sweet, custard-like aroma filled my nose, which may have been inviting on another day, but at that particular moment did not appease me.  Sucking in a deep breath, I lifted the cup and began to chug.

[easyazon-image align=”left” asin=”B004J298A8″ locale=”us” height=”150″ src=”http://ecx.images-amazon.com/images/I/21PA8sl4XsL._SL160_.jpg” width=”99″]I was halfway through before I tried to start assimilating it with other textures and tastes. The first thing that came to mind was an oatmeal milkshake – the thickness of the drink walked the line between liquid and solid – yet I was able to get it down smoothly. I exhaled and lingered over the sink for a few minutes, waiting for the swell of nausea to pass. For a few minutes, it didn’t – in fact, it got worse, and in that short span of time, as my head hovered near the water spigot, I cursed myself for not waiting until I felt better. Then, something began to happen.

In a sudden release, like someone had flicked a switch, my nausea suddenly subsided, and a felt a small, subtle rush throughout my body as it thanked me. I wrote it off as placebo, but didn’t care – relief is relief. I went to take a nap, and wait to see what would happen. 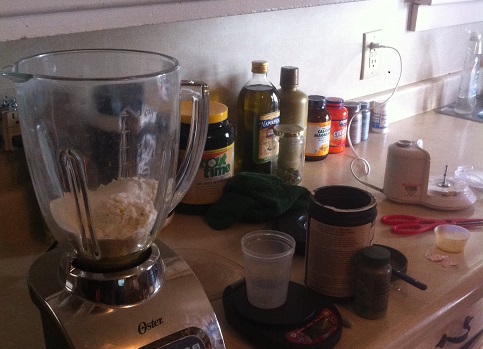 Day 2: I managed to get down another cup of Soylent before bed yesterday. It was difficult – my head had not let up, thought the nausea had lessened a bit. This morning it was receded, at least down to a 15%, but still begrudgingly present. Even so, I chugged down another cup of thick, yellow goodness (by goodness, I mean, in its own little way) and proceeded with my day. I certainly felt a boost in energy, constantly having the urge to move around, and was even able to think clearer than usual (which during a migraine is pretty much unheard of).

[easyazon-image align=”left” asin=”B007N9217Q” locale=”us” height=”160″ src=”http://ecx.images-amazon.com/images/I/41k35CEProL._SL160_.jpg” width=”92″]By this afternoon, my headache finally subsided, and then I was truly able to start to feel the benefits of Soylent. I also started a nootropic, and the mental lucidity and clarity is astonishing. I feel limber and sharp, but the greatest part is the emotions. Like most humans, I obviously have emotions, but they usually reside at a subdued, calm plane. This is nice because I hardly get phased, but there are times when I would really like to feel something. Today, Soylent completely hooked this up for me. Every conversation, observation and contemplation has been backed by some sort of response in me, and I find myself bewildered and awestruck by it.

Tonight I went to a friend’s house, where burgers were being grilled. I wasn’t hungry, but I was eager to see how my body would respond to solid food. I ate half of a meat patty with onions, taking half an hour to finish it a small glass of wine. It was indescribable. I could taste every tiny nuance of the flavors, and since my body was already satisfied, there was no mammalian impulse to inhale it as quickly as possible. Food can now become a hobby. I am delighted.

Day 3: Energy, energy, energy! I have so much of it that my mouth is talking faster than my brain. I bound around outside today like a kid, and there is no pain anywhere in my body, and I am marvelously enthusiastic about everything, everywhere. Soylent still isn’t my favorite tasting thing, but the results are instantaneous. I’m staying with some friends at a cabin this weekend, and I can’t wait to run around in the woods. 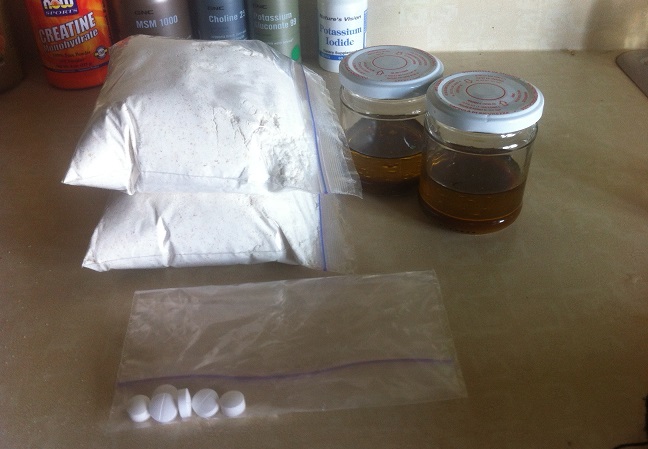 Soylent is an easy pack when you’re taking a trip.

[easyazon-image align=”left” asin=”B008BRBVZW” locale=”us” height=”150″ src=”http://ecx.images-amazon.com/images/I/21k-S68TnBL._SL160_.jpg” width=”150″]Day 6: Skipped a few days of writing because creating memories got in the way of documenting my life on a computer screen. Also, the presented cuisine over the weekend was filled with some of my favorite foods (seafood, Spanish omelettes, ceviche, ect), so I had to make a decision on eating. I ended up drinking a glass of Soylent before every meal, so I could enjoy the food for taste, not quantity. It worked beautifully; I was able to eat everything in small samples and ended up satisfied every time. I plan on resuming to nothing but Soylent tomorrow.

This article is part of a four part series. Check out Part Two here.

Soylent: The Food of the Future (Part 2)The Transhumanist Quest For Immortal Love