RssInstagramTumblrPinterestYouTubeGoogle+TwitterFacebook
Based on the bestselling book series authored by David Simpson, Post-Human is a newly released sci-fi short film which takes its audience into a near future where all of our dreams come true. From flying people, to augmented reality, to holographic biocomputing, the general setting of Post-Human is that of which appears nearly utopian in nature. However, despite its overall optimistic aesthetic, something sinister is lurking just beyond the veil of this post-biological futurescape.

Starring Madison Smith and Bridget Graham as the film’s only characters, Post-Human is a film which challenges its viewers on what is possible and what is to be considered as we exponentially march into a future that is far beyond our current era of biology. It is an exceptionally well made film, despite its only 5-minute-length, leaving everyone in a state-of-mind that is begging for more. Which is why Serious Wonder decided to speak with Post-Human‘s writer and director David Simpson, as we discussed the film and much more. 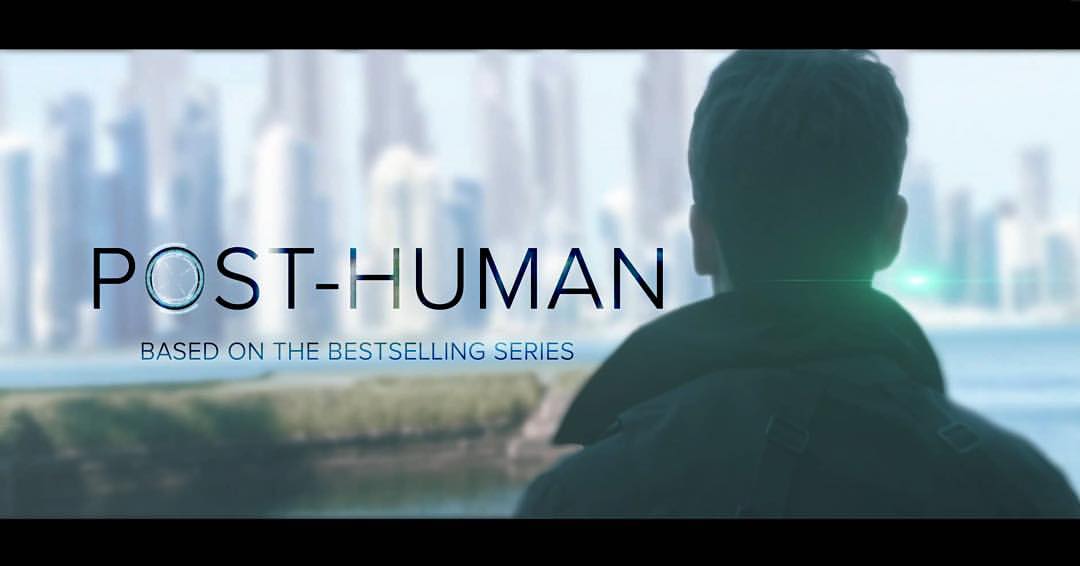 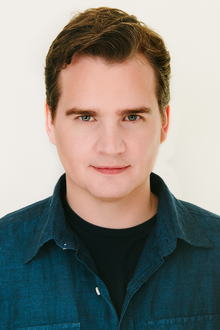 Q: Hello David. It’s great to be speaking with you again and congratulations on the release of your short film adaptation to the Post-Human book series. I was really impressed with how it all came out, which is why we’re speaking now. Firstly, how are you feeling now that the short film is finally out?

A: Thanks for having me again, B.J.! I am so happy the short film is finally out and I can share it with the fans and the world, and I’m hoping we can draw in a lot of people to this unique science fiction vision of the future who might not necessarily be avid readers, but love stories and film. I’ve known since the day after filming, when my wife and I were able to review the shots we had, that the movie was going to be really special when we had all of the elements together, and I was as excited as anyone when I finally got to see it in its entirety!

We finally saw the final visual effects only about two weeks ago, but as each shot came in from our visual effects artist, it was really exciting (and hard not to share with the fans). Working through the audio in the final week turned out to be the second toughest week in the project (the week before filming definitely takes the title for hardest week) so we were so happy when we finally had it working great, not just for those who watch on their HD TVs with great stereo sound, but for the vast majority who watch it on phones and tablets. And we have the stats to back it up: 95% of views so far are on mobile, so we really had to mix the sound well to get it to sound great on those tiny, mono speakers. In the end, it has been so, so worth it.

Q: The visual effects of the film was quite astonishing. Then again, a lot of sci-fi short films emerging these days are really pushing a small-budget, high-VFX platform. It certainly raises the question: since we’re able to use inexpensive, advanced technology today to visually convey how we envision the future, when will we be able to use that same technology to actually create said future?

A: First, the effects credit needs to go to Michael Eng, who was the sole effects artist on the film and did a phenomenal job!

To answer your question, I think, when you look at how quickly the film industry went from a film standard to a digital standard, you get a sense of how quickly a superior, inexpensive technology can replace a more limited, expensive technology, no matter how dominant it has been or for how long. As recently as 2009, 90% of film production was done on film, but just last year, in 2014, the biggest directors in Hollywood had to sign a letter petitioning the studios to make a deal with Kodak to keep film stock from going out of production completely. In 2005, digital still had a grainy look to it when projected on the big screen. Today, however, with movies being shot in 6k resolution or higher, and with the incredible advantage of being able to edit the shots right there on the set, plus the economic advantage of not having to store flammable film prints, it has been a no-brainer to move on.

Another advantage has been, as you mention, the fact that it is much easier and less expensive now for people like me to create movies that can resonate with people without having to sacrifice too much of the quality that sophisticated audiences expect. So it’s democratizing film and allowing for people to put forth compelling visions without having to be green-lit by anyone other than themselves and the audience. As hard as making this short was, it was nothing compared to what Christopher Nolan went through to make his first movie, Following, in 1998, which was done on 16mm film stock and in black and white, and for which they could only afford the film stock to do two takes, so every scene had to be rehearsed extensively. With incredible digital cameras like the Black Magic Pocket Cinema (which we filmed the Post-Human proof-of-concept on) now coming in at less than $1,000, I can see great things on the horizon for independent filmmakers.

Essentially, in the last five years, film has become an information technology, and as more and more technologies becomes information technologies, they’ll follow the same patterns noted above. Smaller and smaller groups will be able to do more and more. This is something people should keep in mind when considering, for instance, banning research on strong artificial intelligence. I’m not worried such a ban would ever take place, first because I expect human-level machine intelligence (HLMI) to be the result of breakthroughs that are so sudden that there won’t be an opportunity to step in and shut down a successful project.

Secondly, even if there were an effort to shut down said project, it would be a very, very short time before a small group of people, perhaps forced underground by the attempt to stop the research, achieve their own HLMI (and likely very quickly superhuman-level machine intelligence). How long will all this take? I know lots of numbers are thrown about, but I think the survey Nick Bostrom refers to in his book, Superintelligence, where researchers were asked when they expected A.I. to reach human-level, is pretty reasonable, and their guess was the middle of this century. If I were a betting man, however, I’d bet sooner.

Q: I’m sure there a lot of people in what you call your Post-Human Tribe who are upset that the film is only 5 minutes long (it really emphasizes on short film). Being one of those people, who was begging for more as soon as the credits began rolling in, I have to ask: are there any future plans for another Post-Human short film, or perhaps a feature length adaptation or webseries?

A: Absolutely! That’s the reason we created this short film. I’ve spoken to a lot of production companies and individuals about different film projects, but in the end, I felt I needed to put something together on my own, as the vision is unique and I wanted to establish it first so that we could show it to Hollywood and help them envision a film franchise for themselves. I’m having a polite back-and-forth with the agents of my favourite scifi director at the moment, but we’re not close to announcing a deal or anything, so it’s very much up for grabs.

Personally, I know I won’t quit working on getting the entire series adapted for film, whether that be in the form of a Netflix or Amazon series or even, as you suggest, a webseries. Just as the way we’re creating movies is changing, so is the way we’re consuming them. So I’m going to be open-minded, but I’m also going to make sure we do it right, so the fans of the series are happy with what we did. Ultimately, as long as the creative side is given precedence over anything else, then I know it’ll be the right deal for Post-Human, no matter what way we deliver the final product. Currently though, I am hopeful we can establish a new franchise, with seven feature films, one for each book in the completed series. I think with one of the big studios on our side, there’d be nothing to stop us from bringing the full vision into reality.

Q: Well I greatly enjoyed watching this short film. I can tell you worked really hard on it and can’t wait to see what’s next for you and your Post-Human Tribe. Is there any final advice or thoughts that you’d like to give to Serious Wonder’s readers?

A: Thanks so much, B.J., and yes, we sure did put our hearts into it. My advice to Serious Wonder readers is to remember to always boil things down to their fundamentals. Ultimately, a movie is a story, a camera, a microphone, and actors saying lines, and that’s it. It takes a lot of research to figure out how to “hack” the film industry and make a movie that looks professional, even though it is done on a micro-budget, but if you keep boiling it all down in your mind, you realize that every problem is solvable.

A year ago, I knew nothing about cameras, and now I’ve made my own short film! If you’re an aspiring indie-filmmaker, I highly recommend checking out some indie films on Vimeo, finding the ones you love the look of, and reading the descriptions. Many directors list what sort of cameras, lenses, microphones, or camera stabilizing equipment they used, as well as which software programs they used for editing sound, doing colour correction, etc. It’s not easy, but it’s a heck of a lot easier than it was five years ago, and scores easier than it was twenty years ago, so don’t give up! If I can do it, so can you!