How far would you go to overcome your biological limitations? How important is it for you to remain relevant in an ever-changing, technologically advanced society? Change is inevitable, but our survival as a species, now more than ever, will be dependent on our willingness to adapt and evolve.

http://slipcloth.com/wp slipcloth Unfortunately, history has shown us the repercussions of change when human ignorance interferes with the positive promise of progress.

hillmeal The following is an emotionally moving live-action depiction, from Eidos Montreal’s upcoming cyberpunk epic, Deus Ex: Mankind Divided, of an alternative universe in 2029 where humanity is faced with the dawn of Mechanical Apartheid in light of the Transhumanism movement and the Technological Revolution. 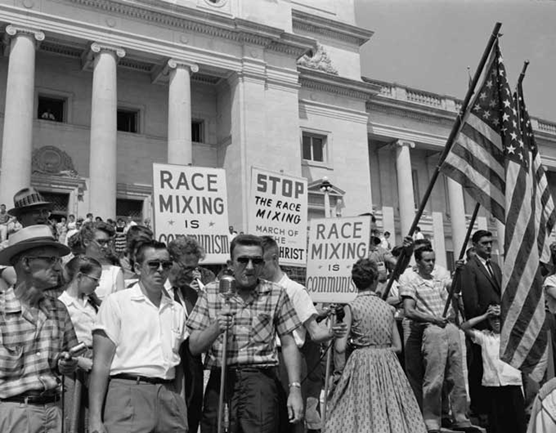 blackfar As evident in the following ad, the team has done an astounding and inspiring job with their 4th wall-breaking marketing campaign for the game:

Since the original Deus Ex in 2000, the franchise has been famous for portraying a parallel of our reality, even so far as foreshadowing real world events. 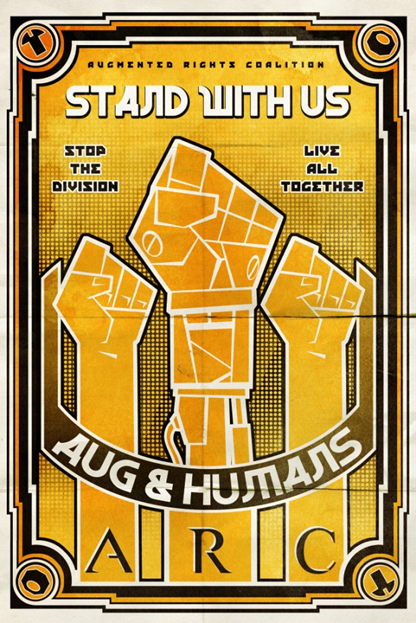 earlyas click Let’s theorize a hypothetical, but probable circumstance: Suppose there is a family, one among several, that has chosen not to augment themselves in any way. This doesn’t mean they’re not using the latest technology in their daily lives, but simply living without any bio-technological enhancements.

isfew Their son Johnny starts his first day of High School (given that High School still exists in this aforementioned future, unless children are mostly augmented prodigies and are admitted directly into a university after elementary school) and is interested in activities, such as sports, dating, clubs, etc. However, upon expressing interest in these endeavors, he begins to realize that his peers are advanced and able to out-perform him in just about anything.

http://growoffer.live/home growoffer Although feeling intimidated, he decides to continue pursuing these interests. Consequently, he does not meet the requirements or standard that is expected from an advanced student body, so he is rejected from each pursuit. Feeling frustrated, he confronts his family about his experiences, expressing how he feels out of place, and asks why they chose to remain ‘pure’.

sameeight If a Transhumanist society did not exclude anyone from participating, and flourishing, in this paradigm shift, what rational reasons would people have to justify their decision to remain pure?

http://carelessbranch.live/journal carelessbranch Their apprehension may be a result of fear, insecurity, uncertainty, or simply a lack of trust and faith in government and corporations that value profit and power over progress and people.

carefulsuitable Would this potentially cultivate social segregation, hierarchy, hostility, and distress, among the human race?

extremelysudden view If the latter is true, then we may be paving the way for a Deus Ex future after all.

differentdress view To ensure a smoother transition and diminish the effects of future shock among our civilization, it’s important for us to understand what it truly means to be human, which resides at the core of our being beyond anything aesthetic, as well as the connection between the universe, nature, and technology – to embrace who, or whatever, we become because it will be none other than the actualization and optimization of who we have always truly been.

http://drivesame.site/blogs drivesame If you’d like to learn more about the Transhumanist movement, cyborgism, etc., be sure to check out the written works of Ray Kurzweil, the main webpage for Zoltan Istvan as he runs for President under the Transhumanist Party, and the newly established cyborg organization Cyborg Nest.

callinvite watch About the author

coldholiday Francesco Neo Amati is a Cosmopolitan, Futurist, and Transhumanist Philosopher who is passionate about progress, technology, science, philosophy, and inspiring introspection, reflection, and positive change. His focus is on analyzing the profound questions and ambitions posed by Transhumanism. He is also the founder and community manager of Transhumanism: The Future of Humanity and Deus Ex: Universe Hub on Facebook.