Indemnification for Influence in a Jobless Economy (Part 4)

Editor’s Note: ‘Indemnification for Influence in a Jobless Economy (Part 4)’ is part of a series. Read Part One, Part Two and Part Three.

[easyazon-image align=”left” asin=”0465016154″ locale=”us” height=”160″ src=”http://ecx.images-amazon.com/images/I/516FpEfUFNL._SL160_.jpg” width=”106″]In a short essay I wrote called “Portable Value”, influenced by Hernando de Soto, I channeled his ideas that “adequate participation in an information framework that records ownership”can spur economic growth. History shows that coinage in the exchange of good in local/international trade made portable wealth possible. The transparent information-collection of purchase, stake holdings, and ownership of goods from legal-documentation to land to human-slaves made our modern economies grow. While I don’t agree with Hernando de Soto’s position on land titling, and side with a more communal and democratic systems of collective land tenure because this offers protection to the poorest and prevents ‘downward raiding’ in which richer people displace squatters once their neighborhoods are formalized, I am aligned with the idea of an individual titling.

Neither de Soto nor his opponents wrote about individual titling specifically, and I’m not very fond of the phrase, but it’s fitting nomenclature, assuming that they would have called the distributing of ownerships outside of land specifically some version of “individual titling” considering their democratic capitalism alignment. The significance here rest with ownership and the individual. The phenomenon of private ownership has pervaded and propelled the growth of humans and our technological extensions which make life more livable. Capitalism is the term of choice for the private ownership and trade of things. Per my views (@Ntegrationalism), Capitalism is merely an economic manifestation of human-kind’s technological evolution. While I’m aware of the rigid opposition to my last sentence, I’ve written it under the assumptions that: 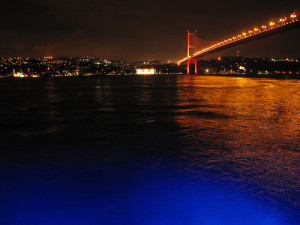 Regarding information on ownership, economic growth requires a growth in participation of owners to in-turn expand the amount of wealth or wealth opportunities in the collective (system). Nostalgic and conservative ideas of constricting the potential growth of human-kind and the institutions that we’ve built is futile and unwise, as we live in a dynamic realm (world, galaxy, universe, multiverse) which renders life as we know it unsustainable by definition. Even the home planet (Earth) warmed by the nearest star (Sun) will be an unsustainable body in due time. We need to be more agile in how we adapt to change.

[easyazon-image align=”left” asin=”B002JODURA” locale=”us” height=”160″ src=”http://ecx.images-amazon.com/images/I/51GMyNsQeJL._SL160_.jpg” width=”160″]As a species or parent of species, human-kind should be encouraged to compel as many participating owners of physical-properties (land) and nonphysical-properties (intellectual property, digital, and other) as possible to create a web of interconnected and integrated interest per our vigilant growth. While land is scarce and in de Soto’s day, it was the end of the titling arguments, our ability to create valuable information and intellectual property has surpassed that of land property. The individual must be able to own the information that they distribute and monetize it. There is a firm called 4pay in Canada that aims to create the beginnings of a “data locker” by creating mobile applications that allow consumers to control transactions without giving personal or financial data to creditors or retailers. Knowing that this will be a heavy blow to the advertising industry and could hinder individuals from accessing valuable information on goods/services that they actually want and need, the delivery model may be flawed. While innovations away from the existing supply chain may prove formidable, I think that some legal and financial incentives to provide individuals with their own information footprint have to be implemented at the local and international scale not to protect the individual, but to empower them. Individuals have to know when they are being used as insights to make decisions about their peers lives.

James is a TechnoProgressive and author enthralled with Ethnography and Data. He is an Adviser at Stall Talk Inc, nuOctave and Sapiens.