certainwhere go So when word got out that there was leaked footage of a new robot from Boston Dynamics, we couldn’t resist. The new robot is named Handle and it is, beyond a shadow of a doubt, one of the most advanced robots in their arsenal.

http://whothese.com/data whothese Below is the leaked footage, whereby Handle can be seen from 3:44-4:48.

sailvery go “[Handle is an] experiment in combining wheels with legs, with a very dynamic system that is balancing itself all the time and has a lot of knowledge of how to throw its weight around.” 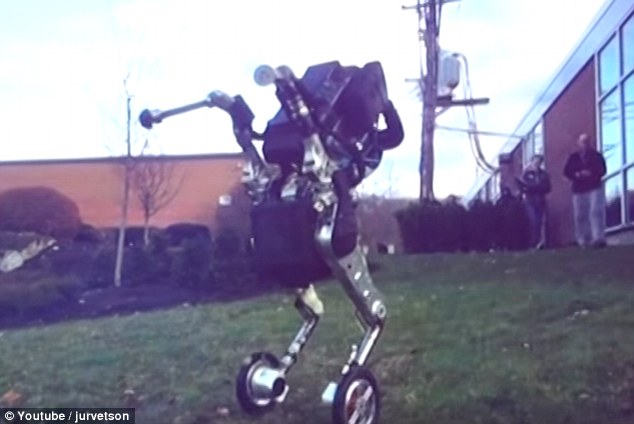 Uploaded to YouTube by venture capitalist Steve Jurvetson, Handle had been aptly named so for its capability of handling objects. Given its speed and agility, it would also seem to be engineered to handle objects in fast-paced environments, such as factory work, military, etc.

memberwinter watch Given that this is only leaked footage, expect to see much more of this robot in the near-future. Until then, enjoy the footage that’s been provided below.

http://hammerproblem.live/wordpress hammerproblem B.J. Murphy is the Editor and Social Media Manager of Serious Wonder. He is a futurist, philosopher, activist, author and poet. B.J. is an Affiliate Scholar for the Institute for Ethics and Emerging Technologies (IEET) and an Ambassador for the robotics company Humai.

ElliQ: Intuition Robotics for an Aging PopulationYour Next Personal Robot Could Be Professor Einstein