RssInstagramTumblrPinterestYouTubeGoogle+TwitterFacebook
Making something look photo-real in a film is difficult, but new technologies are enabling film directors to adopt more creative and complex approaches to story-telling. To discover more about some of the latest tools and techniques, Serious Wonder interviewed Mike McGee, the co-founder and creative director of Framestore, a British award-winning visual effects company.

Framestore specializes in making the impossible possible. McGee’s talented team have created many iconic moments in recent film and TV history, such as the primal birth of a baby in Children of Men, Dobby’s tear-jerking death in Harry Potter, the Galaxy commercial with Audrey Hepburn, and more recently Sandra Bullock’s gripping adventure as the astronaut in Gravity, which broke new ground and won Framestore an Oscar. 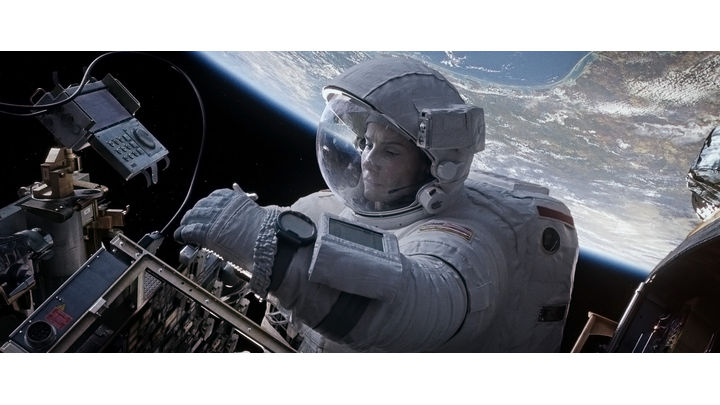 “The technologies that we used in Gravity didn’t exist 5 years ago, and that made it an enormous challenge. The director Alfonso Cuarón needed a team he could trust with the right technical skills and creativity to achieve the images he wanted. To re-create something that looks photo real is a collaborative process between the director, the visual effects supervisor and the team of artists working on a project. Gravity had 400 people working on it across a four year period.”

McGee believes that if visual effects are done really well and used in the right places, no one can tell the difference, but it’s pain-staking work.

Prior to the shoot, all the action scenes in Gravity were planned and pre-visualized in a 90 minute animated movie that took ten months to make. The lighting in the film was literally painted by the team using a new system called Arnold, which gives you a more photo realistic finish, and every camera move and sound effect had to be choreographed and orchestrated.

The Oscar-winning sound was given the same attention to detail as the images. McGee explained that watching the movie with Atmos sound, which is a new sound technology that literally wraps itself around you to create a new level of realism, is unlike anything else you’ve experienced.
As technology becomes more powerful, Framestore expect to take on more creative challenges, and stay relevant by pioneering new technologies and sponsoring young talent. McGee is most excited about the shift towards a more immersive method of film making that will incorporate virtual reality (VR).

For the making of HBO’s Game of Thrones experience, Framestore experimented with the Oculus Rift headset, a new VR technology that enables you to see and move around a stereoscopic environment in real time. Its potential is phenomenal, and led the company to set up the world’s first VR and Immersive Content Studio.

Framestore now plans to collaborate with international artists and story-tellers to explore and create new concepts and new worlds, for instance, virtual museums, virtual shopping malls, and virtual films that enable you to recreate scenes in which you can interact with photo-real characters, generate physical responses, or choose how the story ends. This is technology like we’ve never seen before, and the possibilities are boundless. “What Oculus does is create an emotional response, and that memory stays with you longer than sitting and watching a film on a flat screen. For Framestore VR is another tool. It’s a story-telling device, and for us the power of it when it is combined with other tools is to produce the most stunning, believable imagery, with the most real time interactive elements that we can create.”

Oculus Rift provides a VR trip inside Game Of Thrones

There’s a new revolution in visual effects taking place due to the pace of technological innovation. With the Oculus headset, there are still some technical issues to overcome with motion sickness and the way the images are supplied. However, the cost of this technology is already coming down. SONY have just released a headset for their game console, and soon other models will become available that will create a similar effect.

The company Oculus VR, which manufactured the technology, was recently purchased by Facebook for $2 billion – an indication of the interest and scope of this powerful technology, not just for the entertainment industry, but for social networking, education, and business conferencing to name just a few.

Look out for some of Framestore’s future film projects including: Jupiter Ascending, a new version of Dracula, Guardians of the Galaxy and a very British film with Paddington Bear.

Massimo Barbato is a writer and commentator on AI and future technologies in the British press and media. His focus is on how we can build a better world. www.artificial-intelligence.org.uk/

Lose Weight and Look Younger With the Beauty MirrorImagination Fornication: How Ideas Have Sex