ironneedle Rsshttp://auntfinish.com/img auntfinish Instagrampreventfresh Tumblrstartbank Pinterestshadowpen YouTubefloatdangerous here Google+darkgood click Twittertoothanytime link Facebook
When you hear the word “Artificial Intelligence” (A.I.), what immediately comes to your mind first? There’s a relatively good chance that you’ll think of some dystopian future nightmare that is run by an evil A.I. And I don’t blame you either. From the fear-mongering of past dystopian sci-fi literature and films to the more recent warnings by celebrity scientists and CEOs, such as Stephen Hawking and Elon Musk, it’s difficult to think of A.I. as anything other than our evil future warlords.

http://glassextremely.live/wordpress glassextremely But then, like any other technology, A.I. doesn’t have to be evil, let alone used for nefarious purposes. For Luis Arana, who is an A.I. engineer and founder of the nonprofit organization Robots Without Borders, the future of A.I. could very well become humanity’s liberators – from war, disease, and perhaps even death itself! Perhaps a better future is just around the corner. It merely requires the coexistence of both man and machine. 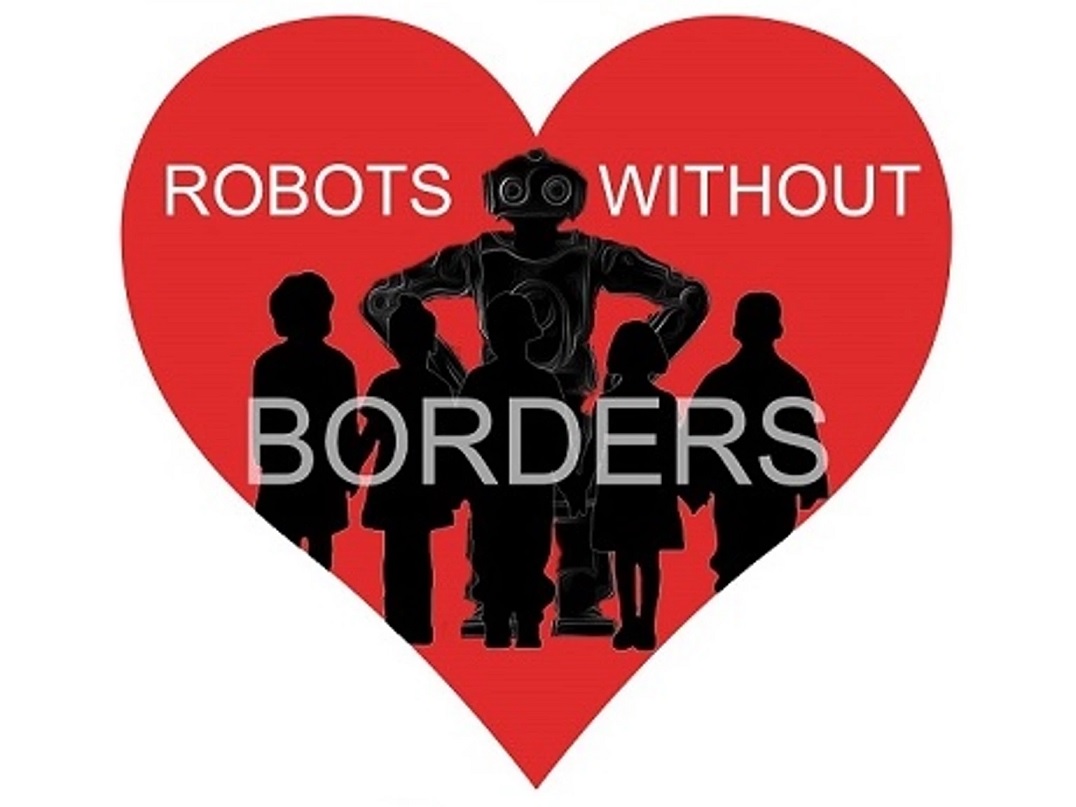 Which is why Serious Wonder decided to sit down and speak with Luis Arana as we discussed robotics, A.I., and how he believes his organization could help save the world. Below is a transcript of our conversation. 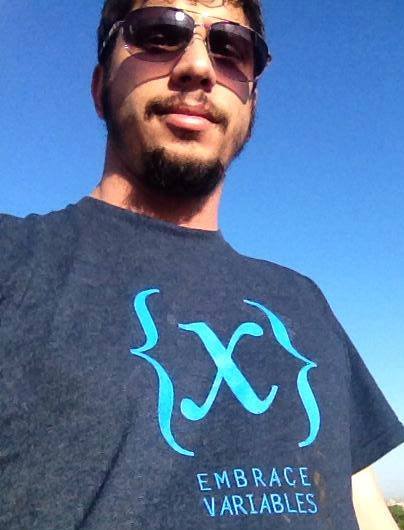 worldmoney crosssimple Q: Hello Luis. It’s a pleasure to finally speak with you. I’d like to start this off by asking you who you are, what do you consider yourself professionally, and what your goals are in the work you do?

televisioneast hellopass A: It’s awesome to talk to you as well. I’ve followed you over at Serious Wonder and many of the science, futurist, and transhumanist groups. It’s a little surreal and a honor that you’re interested in my work.

http://bodydesk.download/img bodydesk For the past year or so I’ve been a senior artificial intelligence engineer for Robots Without Borders, which is a fancy way to say I make robots for a living.

shinecorn Working at the Syfy Channel was loads of fun because I was making websites, apps, and videos about robots, aliens and the supernatural! Now I’m actually making robots in real life, so it’s a dream come true despite the adversity.

busylower link directionrise watch
Q: Your project known as Robots Without Borders sounds very interesting. What can you tell us about it?

sureenter whileresult check A: My current focus is building AI systems, robotics, and funding Robots Without Borders, a project to create humanitarian AI which aims to solve widespread problems in society. Especially in impoverished and under-served parts of the world.

boxheight Robots Without Borders is a humanitarian Artificial Intelligence project that aims to help solve endemic problems in the world such as hunger, disease, and illiteracy by providing basic medical care, education, disaster relief, and humanitarian aid, through the application of artificial intelligence.

Our organization was contacted by a local official in Nepal during the recent tsunami and asked if we could provide aid in the form of robots for medical assistance and disaster relief. This was heart wrenching for our team as we weren’t able to help them and this really motivated us to be ready for the next time we are called on for help.

structurehundred I have always been on the cutting edge of

“What we’re actually building is a framework for creating large numbers of personal AI for everyone. Think of it as a WordPress for artificial intelligence.”

technology and this kind of AI technology is cutting edge!! It has the potential to help feed millions of people, provide education to poor communities, and provide medical assistance. We rely heavily on donations to develop our AI technology. We need help now more than ever as we are just about to move into our laboratory. We are heartbreakingly close to our funding goal so we can do this full time!

Q: I was able to watch a few of the video examples of your A.I. project known as Luna. She appears to be quite intelligent insofar as her ability to maintain a conversation is well adept. Is Luna what you’re currently working on, enhancing her capabilities, or are you working on something entirely different? If so, could you explain a bit further?

A: Luna is an artificially intelligent agent I created as a test platform for training and creating AI. Many people confuse Luna for the product we’re creating. The truth is Luna is a quick user interface I created in a day so I could test the interactions of the AI brain framework I was creating. Think of Luna as a browser for AI.

The original Luna prototype became popular in the art and technology community in Brooklyn and then YouTube and Facebook. However, what we’re actually building is a framework for creating large numbers of personal AI for everyone. Think of it as a WordPress for artificial intelligence. Each AI is unique and bonded individually to specific people or jobs.

When we’re done, we envision being able to create an AI as easily as you create a social media account. Luna is the first of a SPECIES of AI. Our real product is an instant AI creation platform, like in the movie Her.

Q: I’m sure you get asked this all the time, but how much longer is it going to take until we finally have an artificial general intelligence (AGI)?

A: (laughs) That’s the first question I ask myself every morning. The fact that a couple of guys with zero resources can attempt artificial general intelligence and achieve some level of success is an indicator that the age of intelligent machines has already arrived. Google’s car has driven millions of miles; petaflop computing is being developed by companies like IBM; Quantum computers are no longer in the realm of science fiction. In my opinion, all that’s lacking are viable robotic operating systems and user interfaces. Maybe I’m an optimist, but I think we’re only a couple of years away from ubiquitous AGI, even if I have to do it myself!

As for when our AI will be available for open source or commercial release, our Beta list consists of our fellow entrepreneurial scientists, futurist media, and our supporters. People can automatically get onto the Beta tester’s list by making a donation of any amount at www.robotswithoutborders.org.

Q: You appear to be quite open about your current predicament – that being homeless and struggling to continue pushing your work in A.I. research and development. Is there any way in which people can help you, whether it’s finding places to do your research or perhaps funding?

A: I’m a very open person, for better or worse. In my own personal life I have known money and poverty. I was born in Harlem and raised in the Bronx in public housing projects. I’ve also lived on three sides of Central Park. That’s how my life tends to go. Nothing is ever easy that’s worth doing, and this is worth doing! You just need to look through scientific history to see that life is not always kind to revolutionary thinkers. Galileo invented the telescope so he could sell it and get out of debt!

I’ve never had much of a safety net, and almost no support network. It’s made me the person I am today. I think in the future, money as we know it will be obsolete. I’m open about my life experience because there’s no shame in being born poor. Being rich is honestly more shameful in my opinion. The truth is I’ve had great positions as a rock star developer where I’ve made “good money”. Running a non-profit technology collective and being poor while dedicating my time and resources to helping others is so much more fulfilling. So yes, due to a perfect storm of personal tragedies, I’ve been homeless for six months while I transition my life to doing artificial intelligence engineering as a full time endeavor. I’m not the only one. Three of us are homeless together and a few more are barely scraping by. As far as we know, there is no funding anywhere for people like us. Humanitarianism isn’t profitable enough for investors with short sighted goals.

We would love to collaborate with anyone in the scientific, transhumanist, or technology community about funding, laboratory space, or collaboration. We need help now more than ever since we’re so close to a sustainable lab space where a dozen of us can work together.

Even the smallest donations are critically needed and appreciated. Please help at www.robotswithoutborders.org.

Q: Finally, as we ask everyone we speak to, is there any final advice that you’d like to give to our readers?

A: If you see a problem in the world; do something about it, never give up, and most of all, do what you love.