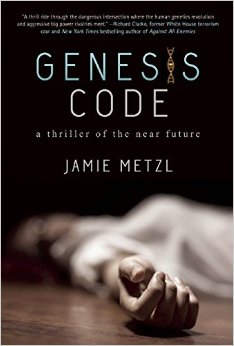 Genesis Code is available to purchase on Amazon.com

As we fast approach a future of sci-fi wonders and thrills, we will soon be forced to ask ourselves: ‘Where do I stand in this brave new world?’ With the advent of the genetics revolution that is already taking its place in the most talked about field of science and technologies, new possibilities arise – from genetic manipulations to help combat disease to modifications to ensure a healthy and intelligent child. For the newly published sci-fi thriller novel Genesis Code, however, these prospects are not only possible but will surely change the entire socio-economic and political landscape of our modern world.

Genesis Code: A Thriller of the Near Future isn’t like your regular sci-fi novel, in which attempts to create a setting that is largely based on long-term projections of what the future might look like. Instead the novel acts as a warning of what is to come in only a matter of years.

Authored by Jamie Metzl, who also has a rather large background in politics and foreign relations, the novel takes place in a 2023 United States that has gone bankrupt and is increasingly on its guard with rivalry China, who is suspected to have spies lurking within American soil. Internally the U.S. has become divided in regards to how it should approach the genetics revolution. On the one hand, you have the scientific community who wish to continue their research on genetics and biotechnologies to help combat disease, viruses, and biological limitations. Whereas on the other hand, you have a Neo-Luddite religious organization, acting as a right-wing political party, whom believe the genetics revolution is nothing short of absolute blasphemy and a declaration of war against their God.

So when Star reporter Rich Azadian begins covering the slew of deaths of women by a new designer drug called Blue Magic, only to then uncover a conspiracy by the Neo-Luddite evangelicals to create designer babies as their means of rising to power, Azadian finds himself fighting for his life as he attempts to expose them to the entire world. Genesis Code isn’t a warning against the genetics revolution however; it’s a warning of what might occur if we continue ignoring it.

Serious Wonder had recently spoken with the author Jamie Metzl, discussing his novel, the science and technology behind its story line, and the implications that’ll arise from them as a result of what Metzl believes is only a few short years away. The entire interview is published below. 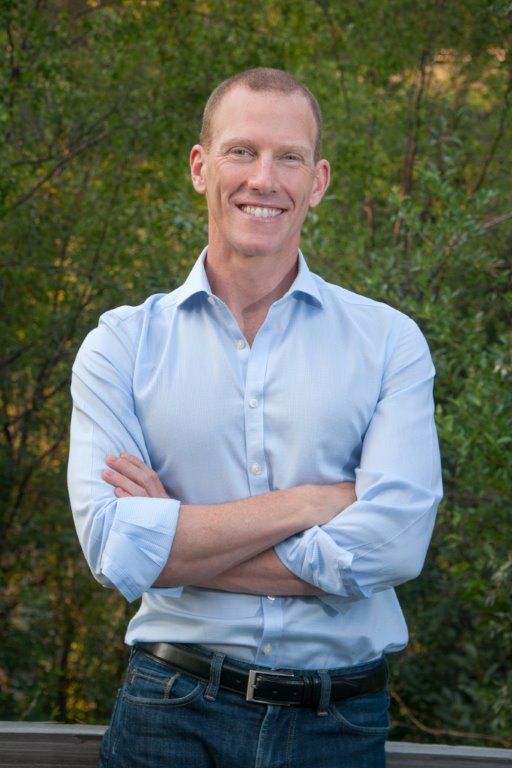 Q: Hello Mr. Metzl, pleased to finally speak with you. First and foremost, I’d like to ask you what your inspiration was towards writing this particular story? There are plenty of sci-fi thrillers out there in the world of literature, but this one in particular takes on a more near-term situation, delving deep into genetic modifications and its relation to near-future methods of conceiving children – ex. designer babies, ectogenesis, etc.

A: I served on the National Security Council in the Clinton administration and my boss (and now close friend) was Richard Clarke, who became well known after 9/11. Dick always used to say that if everyone in Washington was focusing on one thing, you could be sure there was something ten times more important they were ignoring. At that time the issues he was talking about were terrorism and cyber security.

After leaving government, I thought a lot about what might be the critical issues being ignored, and my attention increasingly focused on biotechnology and genetics. After four billion years of evolution, we are now on the verge of, for the first time, being able to actively control our evolutionary process through genetic engineering, but few people are really talking about it.

I started researching and writing articles on the national security implications of the genetics revolution and was asked in 2008 to testify before Congress on the topic. I was then asked to write a non-fiction book on the issue, but the more I worked on the proposal for that book the more I realized what I really wanted to write was a novel about what it might look like when the first genetically enhanced people started to show up. That was the genesis of my new novel, Genesis Code, which deals with issues of human genetic enhancement in the context of a future U.S.-China rivalry.

I’ve written the novel to help people think differently about a critical issue that is facing us, and I hope my readers will open their minds to new thinking and new conversations. It’s not just a novel about science, however, it’s also a thriller and love story with a lot of philosophy and action woven in.

Q: Do you believe that concepts like ‘Designer Babies’ will become a hot topic issue in the next few years? And if so, is Genesis Code more than just a sci-fi thriller novel, but rather a warning of its real-world ramifications?

A: I am absolutely certain that issues relating to genetic engineering will become the most important global topic over the coming decades. It’s truly unbelievable what our science can already do, and the same technologies which will allow us to overcome genetic diseases that have plagued our ancestors for millennia will also open the door to embryo selection and then genetic enhancement. This will challenge fundamental traditional concepts of how we think about not only reproduction, but also individual identity and our identity as a species. I’ve written the book to help jump start this important national and global conversation.

Q: You’ve been quite involved in politics over the years, serving under the Clinton Administration for humanitarian work, as a senior advisor in regards to diplomacy, public affairs, and information technologies. Not to mention Deputy Staff Director of the Senate Foreign Relations Committee under Joe Biden when he was Senator. Would you say your work in politics has helped shape your understanding of the politics of technological growth and how it affects governmental relations with other countries?

A: Absolutely. Genesis Code addresses issues of human genetic enhancement, which are further complicated because they are set in the context of national and international conflicts. Working in the White House, State Department, and elsewhere in government and international institutions has taught me how difficult and painful issues like this can become and how difficult it is to find consensus when so many different people, and so many different countries, have vastly different perspectives on the science and ethics. Given the long term implications of this technology, essentially the capability to rewrite our genetic code, it will be critical that governments find to establish some type of regulatory framework for genetic engineering, even if all that is possible might be to define red lines of experiments and actions we collectively deem immoral, and seek to delegitimize efforts that cross them. I recently wrote an article about this for the journal Foreign Affairs.

Q: The politics involved in Genesis Code are made quite clear: Not only is there a genetics “space race” between the United States and China, but internally, there’s a brewing conflict between a Neo-Luddite religious right-wing party and the scientific community who wish to continue their research in genetics and bio-technologies. However, in the real world, the Neo-Luddites appear to be left-wing extremists – ex. anti-GMO movement, anti-ectogenesis feminists, etc. Do you really believe that Neo-Luddism will take on a more right-wing, religious zealotry as the years go by?

A: That is a great question. These issues get really complicated. Ironically, the right-wing and left-wing use exactly the same arguments when challenging climate change and genetic modification of crops, respectively. The tea party people dismiss the massive preponderance of evidence indicating that climate change is being driven by human action. The left-wing does the same arguing against GMO crops even though thirty years of research has shown they are no less dangerous than traditional crops. Because issues of human genetic engineering are so deep, it seems likely that future criticisms will come both from the right and from the left. This topic is already so emotional, and it will be very difficult to have these conversations after genetically modified people start showing up.

One example of this is Ebola. We’ve known for twenty years that Ebola is serious. When the massive outbreak recently began in West Africa, people in the United States were interested but not engaged. But when three cases of Ebola showed up in the US, people went nuts and we were unable to have a rational conversation about the topic. If we don’t start discussing genetic engineering in a meaningful way now, the dialogue will be hijacked by this kind of irrational hysteria in the future.

Q: Finally, given the outcome of Genesis Code (not to give anything away to the readers) and the ongoing real-world activities in our world – the Transhumanist movement, the genetics revolution, exponentially growing information technologies, etc. – what would be your message to the world as we fast approach the future that unfolds in your novel?

A: The future is not only fast approaching, it is already here. If we froze science today and had no more revolutionary advances, only continued evolution of technologies that already exist, we would be able to significantly enhance our species in only a matter of years. Our genetic code touches the essence of what it means to be a human being, but as the science for manipulating it advances exponentially our dialogue about this technology, what it means, and how to manage it has hardly begun. This creates an enormous mismatch. I hope my readers can be inspired to think about these issues and have conversations with their friends and elected representatives so we can begin a process of feeling our way forward. If not, I hope they will at least enjoy the book.