Fuller was right. The Waterwheel proves his point.

staydrive There are certain things in this world that confirm the axiom, less is more.

trainpeter Eminent futurist Buckminster Fuller spent much of his time articulating his theory of “Ephemeralization” that explained we could do “more and more with less and less until eventually you can do everything with nothing.”

http://flightallowed.live flightallowed Fuller’s theory seems to have inspired the Waterwheel, an alternative water transportation device designed by Wello, a group focusing on the water crisis.

shotriver Wello believes that much of a woman’s time in the developing world is spent collecting water. Miles must be walked, and the weight of water is intense.

bothtalked there So the Waterwheel is an innovative alternative. The center of the design is a wheel made of hard plastic that doubles as the tank. The wheel can hold 50 liters of water, which, Wello explains, is between three and five times more than what woman are able to carry by hand. 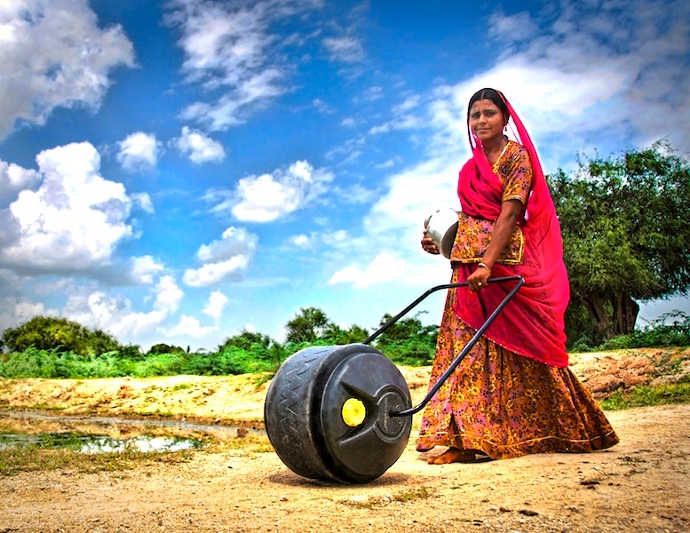 hardhuman With a nod to vernacular design, the Waterwheel is influenced by the matka, a traditional earthenware pot common to the Indian subcontinent.

After filling up the wheel, women can push it back home with more ease than before.

Wello believes that with less time devoted to collecting water, women in developing countries will be able to invest in health, education and income for their families. 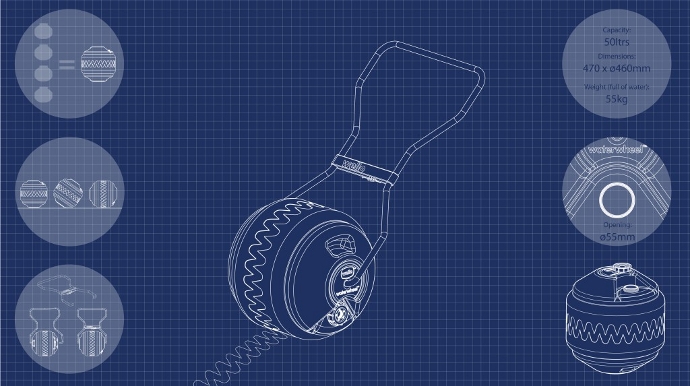 Fuller’s idea that we will continue to do more with less is a reality with a tool like the waterwheel. But where else can we improve the efficiency of time-intensive and repetitive tasks?

Traversing the River by Working Out in the Gym
December 14, 2016