To address this increasing frequency of helicopter accidents, DARPA has devised an idea that will not only revolutionize the manufacturing industry of helicopters, but will subsequently save thousands of lives every year as a result. Their plan: Attaching every helicopter with robotic legs! 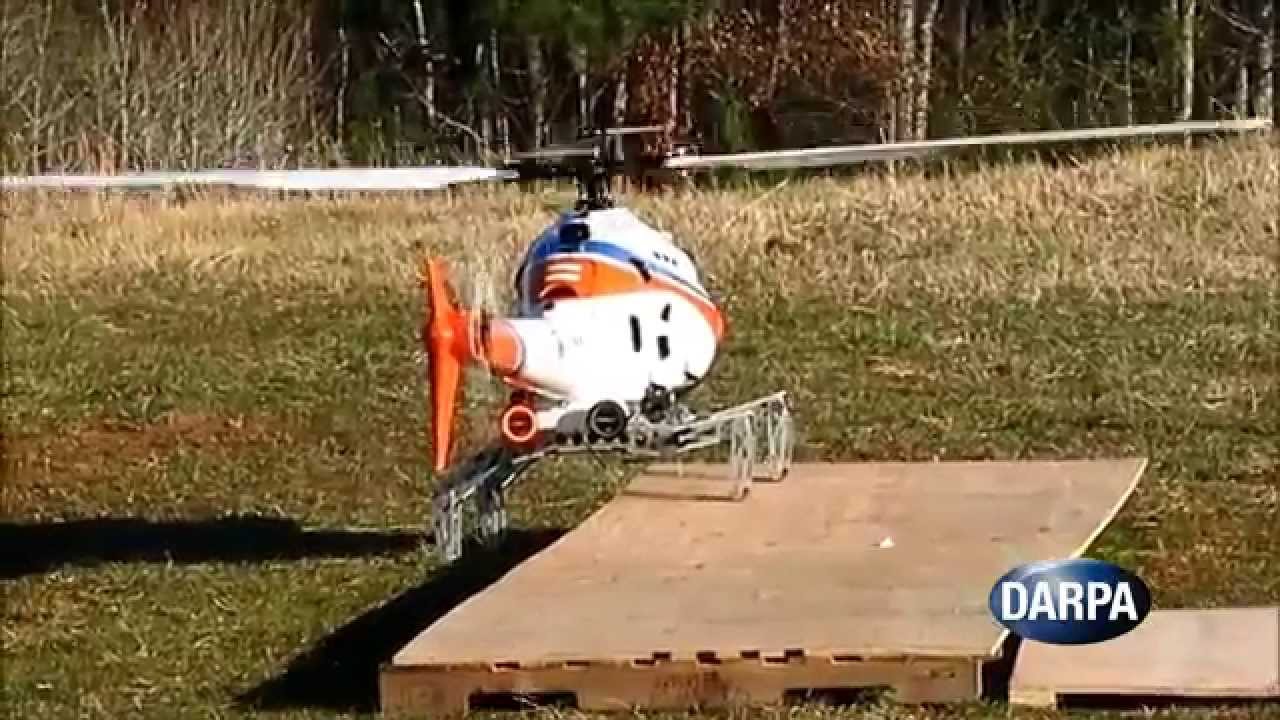 “The equipment—mounted on an otherwise unmodified, unmanned helicopter—successfully demonstrated the ability to land and take off from terrain that would be impossible to operate from with standard landing gear.” 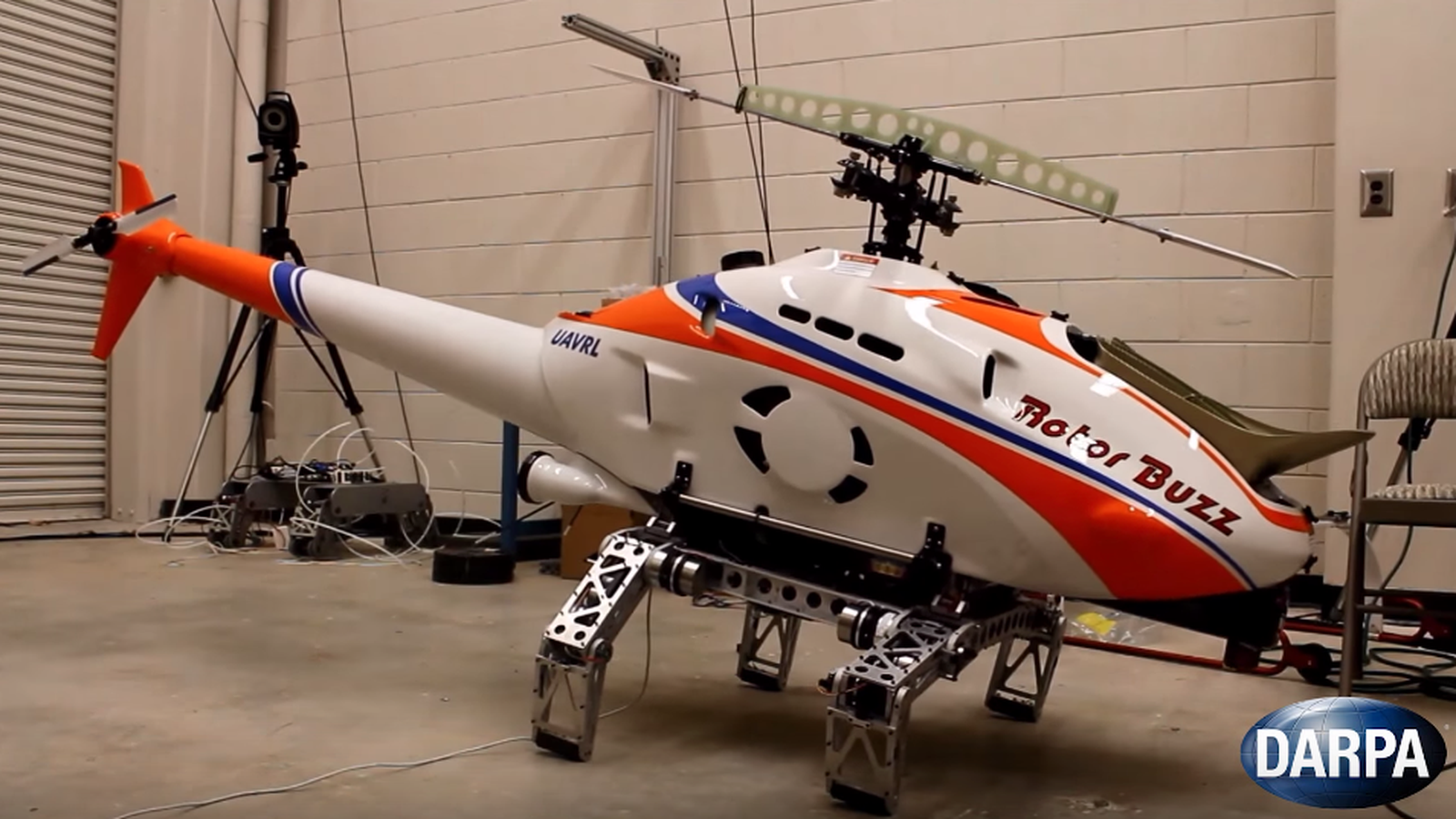 Funded and developed under the Mission Adaptive Rotor (MAR) program, DARPA has engineered an experimental robotic landing gear system that would be attached to future helicopters. Unlike the standard landing gear, which requires stable and flat surfaces for helicopters to land, this new landing gear system contains four articulated, jointed legs. For each foot there are force-sensitive contact sensors, which will allow the system’s folding mechanism to perform a perfect landing maneuver on angled and moving surfaces.

For now, this new landing gear system is being tested out using a miniature drone copter. Whether or not it’ll actually work on full-scale helicopters is yet to be determined. Though according to DARPA, they’ve calculated a reduction by a factor of five in terms of causing damage via hard landings. Subsequently they’ve noted an increase in capabilities, such as ship landings in violent sea conditions and other irregular terrains. This could potentially save a lot of lives, especially as we continue automating our transportation systems.

There is no guarantee that DARPA’s next venture will be successful, but where there are great risks, there are even greater gains. If they’re successful in revolutionizing how we design our future helicopters – especially those for medical emergencies – the number of lives killed every year because of helicopter crashes will then dramatically decline. Creating better robotic systems isn’t the sole goal here, but with an equal aim of saving lives. Welcome to the future!